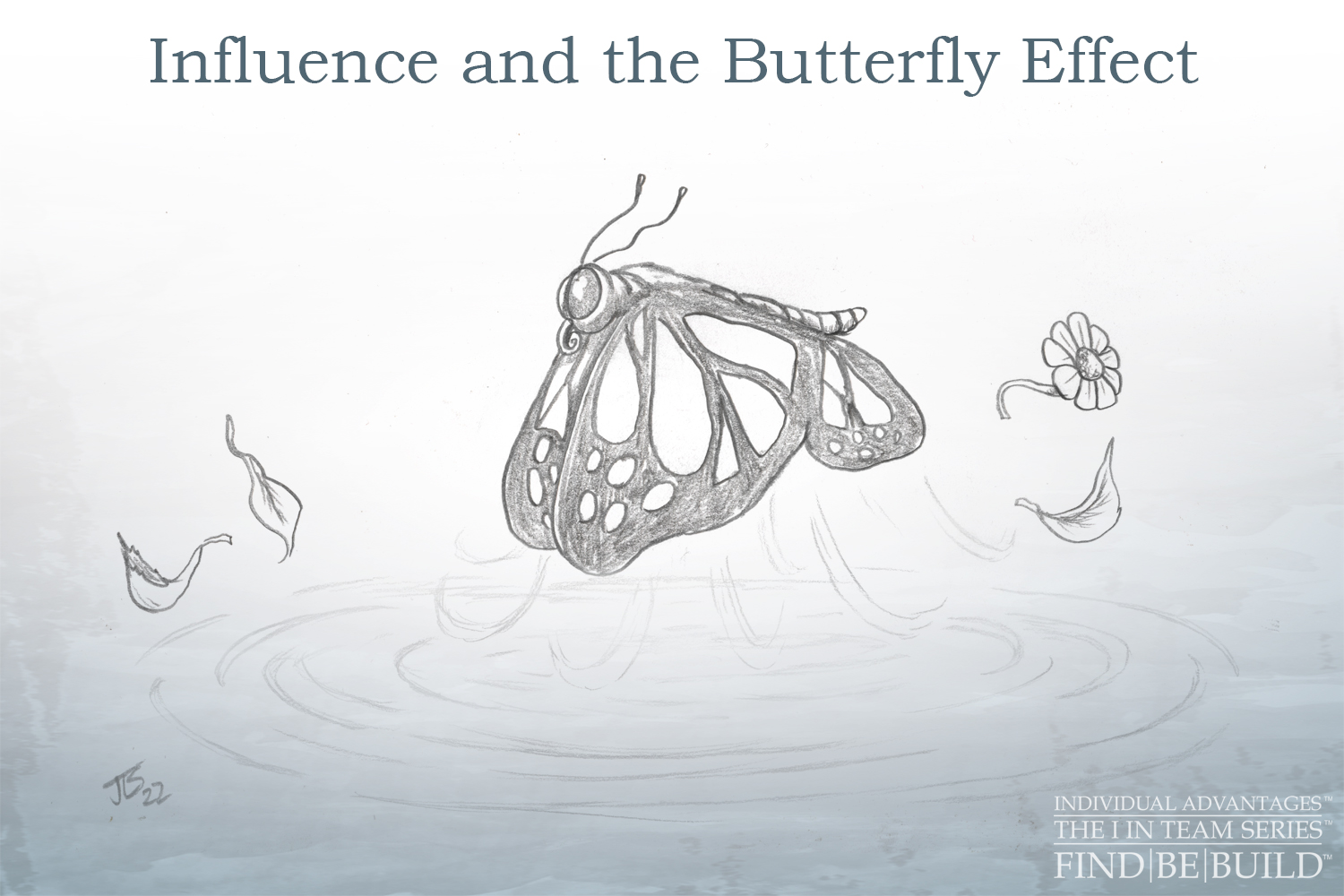 Influence and the Butterfly Effect 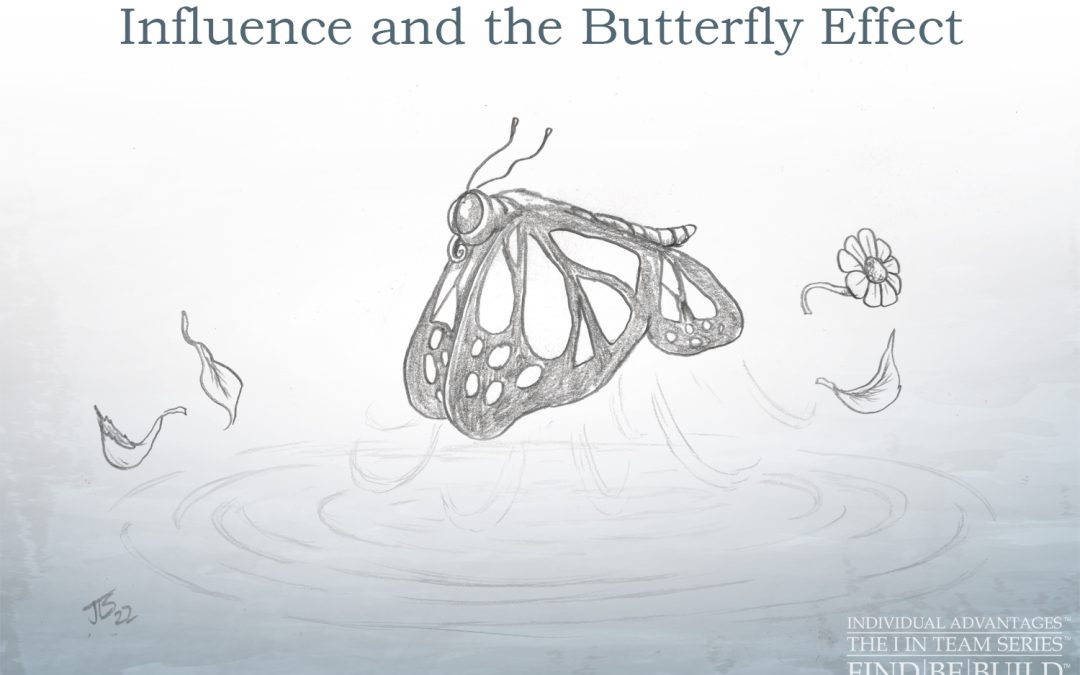 Hi, team! It’s your friend, Mary, with The I in Team series where you can find, be, and build your positive influence. Many of us have heard the theory that if a butterfly flaps its wings at just the right time and location, it can cause a hurricane on the opposite side of the world. This theory is known as the butterfly effect and it stems from chaos theory. The butterfly effect is a complex idea that when explained in simple terms may sound like this: everything, no matter how small or large, has the potential to influence actions that are seemingly unrelated.

In more complex terms, Jamie L. Vernon writes, “some complex dynamical systems exhibit unpredictable behaviors such that small variances in the initial conditions could have profound and widely divergent effects on the system’s outcomes. Because of the sensitivity of these systems, outcomes are unpredictable.” (And if you’re interested in learning more about chaos theory in an easily digestible way, check out Fractal Foundation.) As you may surmise, the butterfly effect is much like our individual influence, and this blog will help you understand the power of your influence.

Much like a butterfly flapping its wings and influencing the weather, your thoughts, words, and actions influence all who are around to witness those things. You influence yourself through internal self-talk, whether you align your words with your actions, and more. You influence others by interacting with them, and these interactions (influence) cause ripples that you may or may not be aware of. For example, if you hold the door open for someone, it may seem insignificant to you because you were already there, but you don’t know how the person you held the door for perceived that action. They could be having a terrible day and that small act of kindness influenced them for the better. Conversely, if you yell at someone, you never know how that person will shape their perception of you or how they may handle your negativity. It’s possible, in both scenarios, that those people could go off to spread their own positive or negative influence from your positive or negative actions. This ripple that you don’t even see is what makes your influence matter.

You matter because your influence matters. You are the rock that causes ripples in the pond after it is thrown. The butterfly effect says that one small act can influence a major event just as your thoughts, words, and actions influence other thoughts, words, and actions in ways you could never fathom. You will never understand how you influence someone because you are not them, but you matter because you do influence them. And when you influence someone, their influence impacts others (which you become a small part of). Some say that we are all about six degrees from everyone in this world, meaning we are each six people away from knowing everyone. That means all our influences are connected to one another, and it’s through our influence that we create positivity or negativity. When you understand that you matter, which path will you choose?

If a butterfly flaps its wings and can cause a hurricane, imagine what your small acts of influence can do. Imagine what kind of impact you can have when you give someone experiencing homelessness a few dollars, or when you allow someone to merge into traffic easily when the highway is backed up. Think about the last thing that positively or negatively influenced you. How are your thoughts, words, and actions influenced by others?